Mário Centeno received his PhD in Economics from Harvard University in 2000. He was Portugal’s Minister of Finance from 2015 to 2020 and Chairman of the Eurogroup from 2018 to 2020.

His educational background includes a Master’s Degree in Applied Mathematics and an Economics Degree from the Lisbon School of Economics and Management, Universidade Técnica de Lisboa.

During his term as Minister of Finance, Portugal registered its first public accounts surplus during the current democratic period.

He also represented the Euro Area at the G7 Finance Ministers group and at the G4 Finance Ministers group. He was also a member of the Five Presidents of the European Union group, where he took part in setting an European strategy to deal with the health and economic crisis in 2020. Over the past two and a half years, he participated in European Council meetings and Euro Summits, together with leaders from EU Member States.

From 2004 to 2013, he was Deputy Head of the Economics and Research Department and, from 2014 to 2015, Advisor to the Board of Directors of the Banco de Portugal. During this period, he was also a member of the Statistical Council and the Economic Policy Committee of the European Commission.

He is a Professor at the Universidade de Lisboa and the Universidade NOVA de Lisboa. As part of his academic work, he has published in international scientific journals in the fields of economics and mathematics and is the author of books and chapters of books. 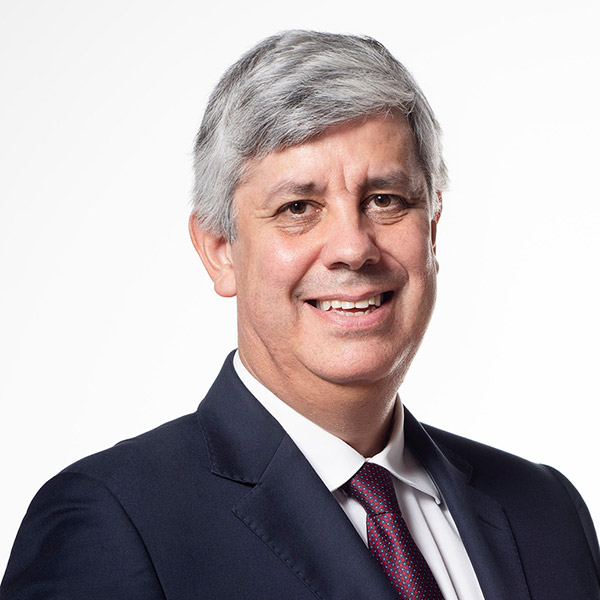